Will The MCU’s Original Avengers Return For ‘The Kang Dynasty?’ This Character Could Be The Key – We Got This Covered 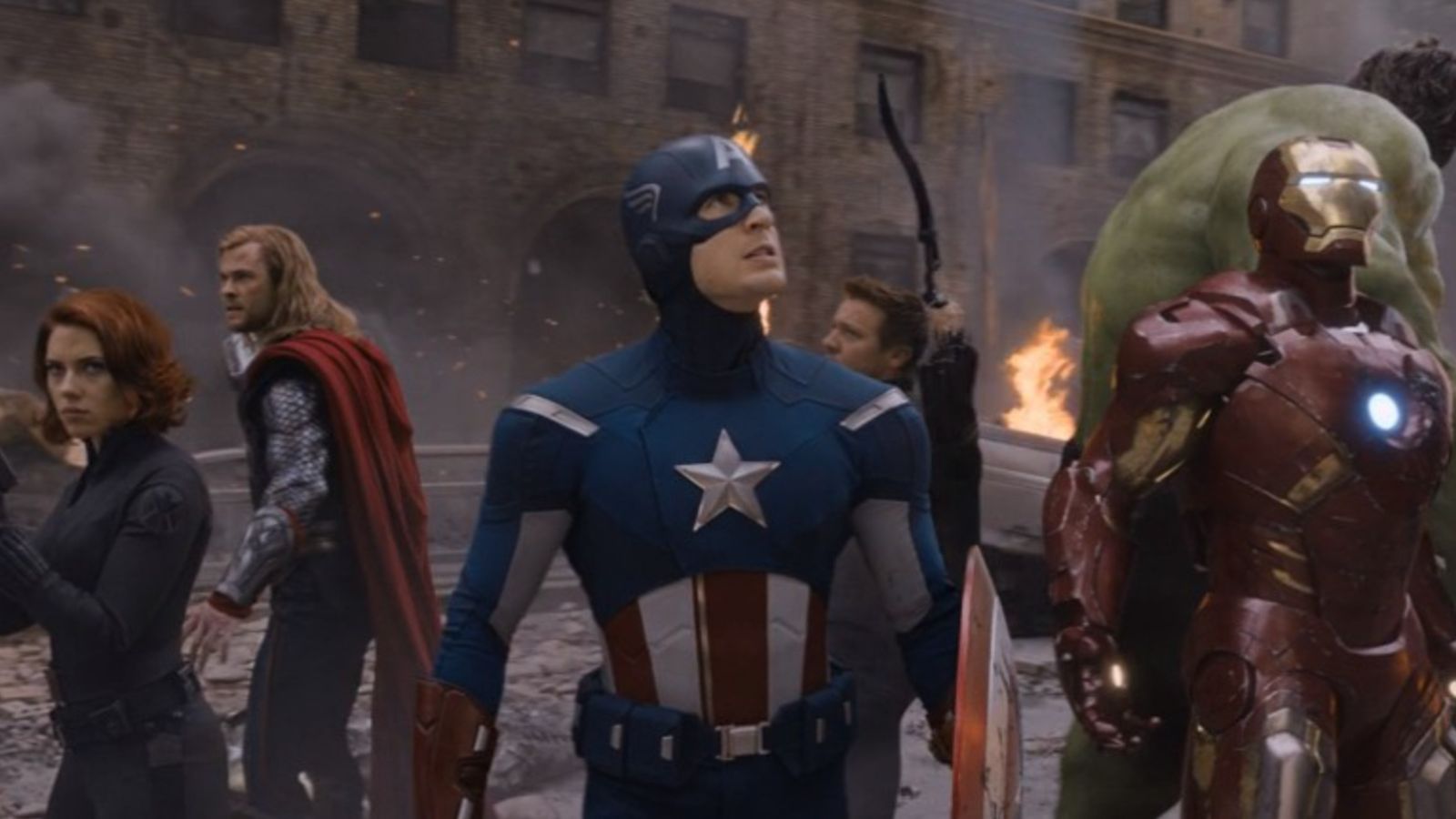 When Kang the Conqueror starts his Multiversal war, Uatu may have an ace up his sleeve that was cleverly teased in What If…?

Things haven’t been the same since the original Avengers left the MCU. I know, Robert Downey, Jr. and Scarlet Johansson made tearful exits in the Avengers: Endgame finale, but Chris Evans was truly the glue that held it all together. The consummate boy scout, Evans’ take on Steve Rogers was perfect, and there’s no one else that can pull off star-spangled spandex. Truly, his was America’s ass.

After Avengers: Endgame’s credits rolled, Black Widow won the slapstick-infused competition with Hawkeye for first to throw themselves off a cliff, Iron Man took home the honor of most impactful death scene, and Old Man Cap handed over his shield. Since then, the MCU has been losing steam. Fans have complained that the Phase Four entries have been disjointed and leaning too hard on the sillier aspects of superhero life. For those dreaming of a more serious, dramatic MCU, San Diego Comic-Con gave us hope in the form of The Multiverse Saga. More specifically, it’s Kang the Conqueror who could be the catalyst that resurrects Marvel Studios’ original stars.

Time travel and the Multiverse

Although the full schedule for the remainder of Phase Four and all of Phase Five were revealed at SDCC, the only Phase Six projects made public are the upcoming Avengers films. Both slated for 2025, Marvel has three years to lead fans into The Multiverse Saga’s epic finales, Avengers: The Kang Dynasty and Avengers: Secret Wars, and there will be more tie-in movies and series announced long before we get there.

By way of the single most convenient plot device ever created, the Multiverse, positively anything can happen in the MCU. Any character, any plotline, and any alternate reality to ever grace the pages of a Marvel comic are fair game. That also gives the Marvel Studios braintrust a seemingly bottomless well of ideas from which to dip its creative bucket. More importantly, it means that no character is truly gone.

If there is one unofficial rule in superhero comics, it’s that death means nothing. It’s more like a vacation than the actual end, at least for major characters. Over the past six decades of Marvel Comics, two of the most resonating death scenes remain those of Gwen Stacy and the X-Men’s Jean Grey. Famously, Gwen died in the Green Goblin’s most heinous plot back in 1973, causing Spider-Man to unintentionally kill her when the web recoil broke her neck. Seven years later, Chris Claremont wrote Jean off during the Phoenix Saga.

Despite those emotional and perfect death scenes, Marvel wouldn’t let them rest in peace. Jean returned six years later. Since then, she’s died and been reborn more times than that pesky weed in your rose bushes. Not even Gwen Stacy was immune as Marvel has resurrected her in multiple forms with increasingly complicated explanations.

The point is, Marvel Comics has never had an issue with pulling the Lazarus routine. At this point, virtually every major character in the publisher’s history has died and returned at least once if not several times. No matter who it is, whenever comic fans see the words “death of” in the headline, they know it won’t be permanent. Except for Uncle Ben and Gwen’s dad, Captain George Stacy, for some reason.

All that being said, it would be no stretch for Marvel Studios to crack open the comics’ playbook and write up an old fashioned triumphant resurrection storyline. Whether we all hear it coming a mile away or not, seeing RDJ and Johansson stand together one more time with that awe-inspiring Avengers theme playing? Get the tissues ready.

Talk about batting practice, this is an easy one for Feige and the crew. They can’t possibly drop the ball here. Then again, there was Thor: Love and Thunder, so scratch that last part. Maybe they won’t drop the ball.

The easiest solution for anything is the Multiverse. Marvel could create a simple dimension plotline that snatches the original Avengers from another reality. No fuss, no muss, just grab up Black Widow, Iron Man, and Cap from another world, and boom! we’re in business. Actually, if Marvel were to do that, there’s a name for that specific group that would perfectly align with Secret Wars: the Ultimates.

Created for Marvel’s Ultimate line of comics from the early 2000s, these were the Avengers from Earth-1610. In its infant stages, the Ultimate Universe was intended to be a little more gritty and grounded than its Marvel-616 counterparts. The Ultimates were a government-sponsored black ops team of superheroes. For the most part, they’re the same classic Avengers, but with more attitude. This Captain America has no problem using a gun, which was something rarely seen from the Marvel-616 comics.

Where they fit into Secret Wars is interesting. During the 2015 SW revival, the Ultimate Universe and the Marvel Universe were undergoing an incursion, and the two worlds collided. That’s how Miles Morales ended up in the Marvel-616 in the first place. The Ultimates, however, did not survive the trip, and they were lost to the void of space. It just so happens that Doctor Strange in the Multiverse of Madness introduced the incursion concept, which has raised a few eyebrows in light of the Secret Wars title reveal.

Could the incursion be an indication to where Avengers: Secret Wars is headed? That could be one way Marvel Studios brings its original Avengers squad back into the fold, possibly as the Ultimates. It also would allow for some alternate casting choices, like the much-rumored Tom Cruise Iron Man variant. As much fun as that would be, I don’t see Feige going that route, at least not at first. That’s where Kang fits into the puzzle.

We have yet to meet the actual Kang, but fans got their look at his MCU variant in the Loki season one finale. Also played by Jonathan Majors, He Who Remains has already been linked to Kang’s most famous of traits: time.

In the comics, Kang hails from the 31st Century, and he is a distant relative of Mister Fantastic himself, Reed Richards. In fact, it was Reed’s time-traveling father, Nathaniel, (do I sense a theme here?) whose erroneous trip to the future would give rise to Kang’s time-hopping tech. All he needs is a DeLorean and a little plutonium, and he’s open for business.

Before we reach 2025 and experience The Kang Dynasty, the Fantastic Four will kick off Phase Six, and that could make the connection between Reed and Kang by establishing how the Richards clan indirectly helped create the time-traveling Conqueror. More importantly, all the time-traveling would make for an easy entrance for those original Avengers.

Alternate timelines and The Watcher

Whether it’s the comics or the silver screen, Marvel is no stranger to time travel plots. The concept was first introduced in Endgame as a means to beat Thanos to the Infinity Stones and resurrect half the Marvel Universe. Of course, this also happened to create divergent timestreams, and that allowed Cap to travel back in time, put the Stones back, and have a life with Peggy Carter.

Sure, Bruce Banner claimed that by returning the Stones to their proper moments in time, nothing would change. If Loki taught us anything, it’s that every trip to either the past or the future creates branching timelines. By that logic, both taking the Stones from and returning them to the past should have created alternate timelines.

With six Infinity Stones being removed and replaced, that would theoretically cause a dozen deviant timestreams. Hence, the catalyst for the Loki variant’s adventure to the Time Variance Authority’s headquarters. Since a Loki variant survived the TVA’s pruning, that would suggest that at least one of those 12 timelines created in Endgame would have produced a reality in which Natasha Romanoff, Tony Stark, and Steve Rogers won the battle and remained Avengers. With Kang and his variants likely traveling across time and space, it is feasible that he would stumble into a timeline that sees him lose to the original Avengers. That would be the team the Phase Six heroes would want to recruit to help them in their impending Multiversal war, and Ant-Man already has the tools for that job. Cue the theme music.

With so many Marvel projects coming at us month after month, 2021 seems like five years ago. It’s easy to forget that What If…? may have planted the seeds of an Avengers reunion. After Uatu the Watcher recruited his Guardians of the Multiverse to defeat the Infinity-powered Ultron, he returned them to their rightful dimensions. Everyone, that was, except for Black Widow. Uatu took her to an Earth where Natasha had died.

Thanks to Captain Carter and, to a lesser extent, the cartoon-inspired Professor X, MOM clearly established the link between the MCU’s live-action and animated stories. Considering that Kang and his infinite variants will be a Multiversal threat, that should get The Watcher’s attention once again. Since he was willing to break his oath of noninterference to stop Ultron, we can safely assume Uatu would do the same to stop Kang. What better way to do that than by retrieving an Avengers team that has already beaten the Conqueror? I say again, cue the music.