The OnePlus Nord wired earphones already exist, but they are not available in India. The company is also expected to launch a Nord-branded smart band. 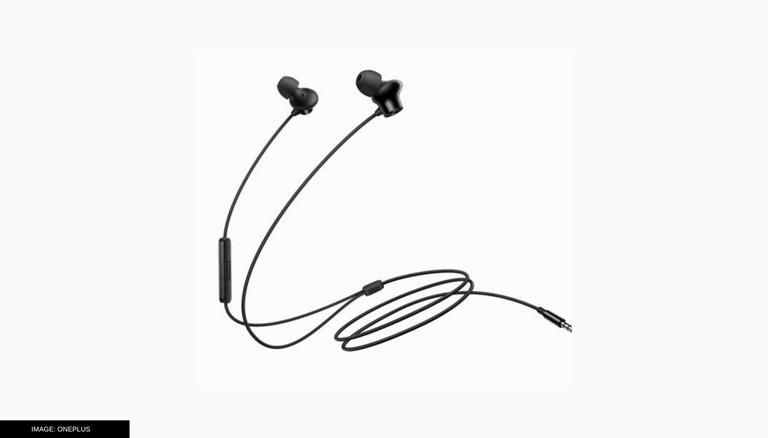 OnePlus has been working on the Nord lineup for quite some time now. As the first product, Nord released a smartphone a couple of years back. Now, Nord already has a lot of models out there in the market, including several smartphones and a pair of TWS earphones as well. However, in the near future, OnePlus Nord is planning to launch more products such as wired earphones and a smart band.

The OnePlus Nord wired earphones already exist, but they are not available in India. The product was launched in the European market and it comes with 9.2mm dynamic drivers, IPX4 water-resistance rating and in-line controls with volume rockers. The device is selling in the United Kingdom at a price of EUR 19.99. However, if the company launches it in India at the same price, the product might not be a big success as other companies like boAt and JBL already provide affordable products starting as low as Rs. 300.

Apart from the wired earphones, the company is also expected to launch a Nord-branded smart band and smartwatch. Again, these products might do good in the international market but the Indian market is very competitive. We already have companies like Noise, boAt and Fire-Boltt that dominate the budget smartwatch and TWS section. Given that a recent leak claimed that the OnePlus Nord Watch could cost around Rs. 5,000 in India, it would be interesting to see how the company differentiates its product from others.

Recently, Pete Lau, the founder of OnePlus has shared two images through his official Twitter handle. From the looks of it, the images seem to be of a hinge mechanism that the company is working on for its upcoming foldable smartphone. In the feature image of the article, readers can see that the hinge mechanism being developed by OnePlus contains a lot of movable parts. In the second image that we’re attaching below, the hinge can be seen in action.