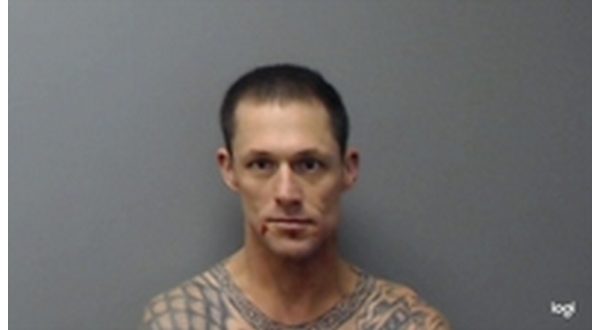 A man caught in the bathtub of a neighbor’s residence just before Christmas appeared in Baxter County Circuit Court Monday.

Forty-two-year-old Ronny Reynolds entered a not guilty plea to charges of residential burglary and public intoxication.

He was ordered to reappear Jan. 24.

Reynolds’ problems began when a neighbor came home after picking up a dinner order and found both locks on his front door engaged.

He told police he remembered only locking one of them when he left his house located along Ouachita Avenue. In addition, he said the door frame was broken, and there was a spot of blood on the floor.

After going inside, the resident heard noises upstairs, went to investigate and found Reynolds in the bathtub, wearing only a pair of shorts pulled inside out.

The resident told Mountain Home police officers Reynolds was “extremely incoherent,” sweating profusely and that his body was covered with bloody scratches.

While police were on the scene, a woman called from an address two doors down the street saying her husband was missing.

After the call came in, the resident told police he did recognize the man he had found in his bathtub as his nearby neighbor.

Reynolds, who was on parole at the time of the incident at the neighbor’s house, remains an inmate at the Baxter County Detention Center with bond set at $20,000.

He has had a number of criminal charges filed against him in Benton and Washington counties.