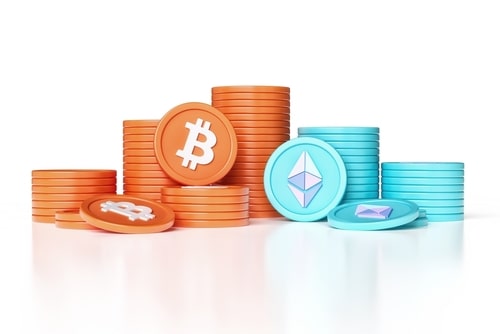 “I’m a major skeptic on crypto tokens, which you call currency, like Bitcoin,” Dimon said during his testimony before the House Financial Services Committee Wednesday. “They are decentralized Ponzi schemes, and the notion that it’s good for anybody is unbelievable.”

Crypto can also be “dangerous,” Dimon added, pointing to billions of dollars stolen via hacking, theft, and other schemes. And that’s on top of other issues, such as money laundering.

Dimon is known for his dislike and skepticism of crypto. The JPMorgan CEO called Bitcoin worthless back in October 2021 when Bitcoin was trading close to its all-time highs. So it is not that surprising that during the crypto winter, Dimon’s opinions have not changed.

A year ago, he also pointed out that “if you borrow money to buy bitcoin, you’re a fool.”

Since hitting its record high of $69,000 in November 2021, Bitcoin plunged 72%, last trading at $18,969. Aversion to risk assets has weighed heavily on the crypto sector over the summer as the Federal Reserve has aggressively raised rates by three percentage points his year, with more to come.

Dimon’s view on stablecoins is a little more favorable. The CEO of America’s largest bank stated that stablecoins are not a problem with proper regulation. He also noted that JPMorgan is pursuing different blockchain projects, including JPM Coin.

Dimon remains uncertain about the economic outlook, describing the U.S. economy as a classic tale of two cities dominated by opposing forces.

“We continue to see strong consumer spending from solid consumer balance sheets, fueled by unprecedented economic stimulus and charge off rates on consumer credit remaining historically low. There are plentiful job openings … At the same time, many Americans are being crushed by high inflation eroding real incomes, particularly from higher prices on gas and food. Supply chain issues persist, as does a devastating war in Ukraine,” Dimon testified Wednesday.